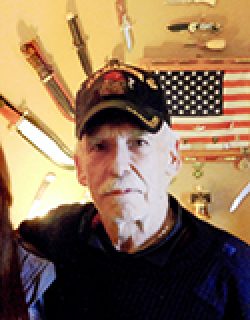 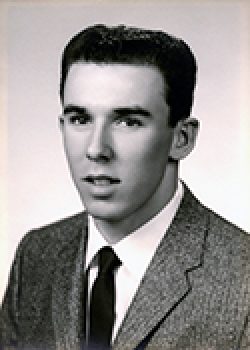 No service are planned.

Willis “Willy” McBride, 75, of Sweet Home, Oregon and a long-time resident of Portland died on Wednesday, June 15, 2016. He was born on February 27, 1941 in Lake Forest, Illinois, the son of Willis M. and Dorothy Lola (Paulsen) McBride. He grew up in Portland, Oregon and graduated from Wilson High School. He was very proud to enlist in the United States Marine Corps.

Willy later followed his passion for cars becoming a pretty darn good salesman. Over the years, he owed some of the most beautiful cars. As Willy got older, he worked at the Portland Auto actions.

In 2014, he came to live with his daughter in Sweet Home. He loved to watch and feed the deer that came on the property.

Willy loved the companionship of his two cats, “Scuffers and Jazzers.” They were definitely buddies. Willy had a love-hate relationship with Olivia on “Law and Order SVU.” Willy always had a wonderful sense of humor.

He was preceded in death by his parents; step-mother Betty McBride; son Michael McBride; and grandson Jeremiah (Bud) McBride.

No service are planned.

Special thanks to all the members of Samaritan Evergreen Hospice. You are all very special. “JJ,” you are also a very special part of the hospice family. Thank you, Tracy McMahon, Dana Hedges, and Bill Weikel, for all your love and support.