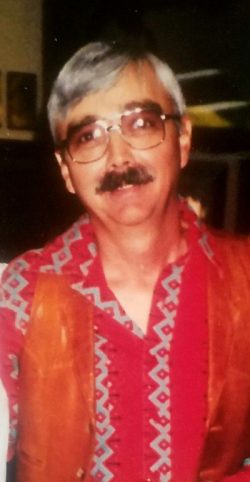 On July 26, 2022, William D. (Bill) Washburne Jr., 78 of Sweet Home was called home to be with his Lord and Savior. He passed peacefully in his sleep.

Born July 11, 1944, in Norman, OK to William (Don)Washburne Sr. and Rebecca Ford Washburne, at the Naval Air Station Hospital. He was raised in Junction City on the family farm established in 1853 by his great great grandparents. He graduated from JCHS in 1962 and enlisted right into the Navy. He was a 3rd generation Navy Veteran, serving in Vietnam and the Far East. At retirement from active duty in 1994 he was a Petty Officer 1st Class. Bill was very proud of his service and was a patriotic man. He received several medals and honors.  He was a US Navy Investigator aboard the USS Coral Sea, Master at Arms aboard the USS Hue City. He also served on the USS Enterprise and USS Taluga. He spent 12 years with the Army Corp of Engineers at Foster Dam, worked for the Sheriff’s Department, private security, had his CDL and had many other talents.
Bill married his soul mate Cherri Brummett on September 21, 1996. Together they raised four children and several fur babies.

Bill enjoyed birdwatching, canning, baking and cooking new things, hunting and fishing with his sons, he was a history buff and thirsty for knowledge. You could find him kicked back in his recliner watching old westerns, war movies or cartoons and sharing vanilla ice cream with his dogs most nights. His very favorite pastime was spending time with his family and fur babies, especially his grandkids, who adored him as much as he did them. He was very involved with the First Christian Church of Junction City, where he was an active member to some degree most of his life. He served on the board, was an Elder and Deacon, taught Bible study and Sunday school and helped in any way needed.

We knew our dad always as a man in the service of his fellow man. He had unshakable convictions. A man of strong faith, integrity and honor. A knight in shining armor, a hero you could say, and all animals approved him without reservation. We will miss his big loving presence in our lives but rejoice knowing he is in the arms of our Father…YOU Sir, have finished well, and in your words “God Bless”.

Bill is survived by his children: Wade Washburne of Oregon, Julie Washburne of Virginia, Candice Voss (Phil), Darrell Brummett (Katie), Levi Brummett of Junction City and Travis Brummett of Halsey; Siblings: Nancy Washburne, Julia Carlson and Virginia Hathaway of Eugene, Sandra Stepp of Springfield and Sidney (LouDonn) Washburne of Junction City; He is also survived by nine grandchildren, several nieces, nephews and chosen family members he collected over the years. He is now reunited with his parents and wife Cherri who passed September 2021.