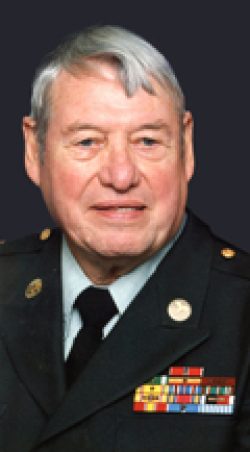 A Committal Ceremony will be held there on Tuesday, September 24, at 1:30 p.m.

He lived in East Texas and in Southern California in his early years. He went to work at the Marshall Creamery at age 14.

He joined the US Army in 1937, serving at Fort Sam Houston in San Antonio, Texas where he was on the post boxing team. This was during the years of the Great Depression, and Wally was very happy to have employment. He joined the US Navy in 1940 where he trained for and became a Hospital Operating Room Technician. In 1941, WWII was escalating in Europe, forces were needed to protect Iceland from a German invasion. He was asked to go with an Expeditionary Marine Corps unit as one of their Navy Corpsman, because of his medical experience.

After the Japanese bombed Pearl Harbor, the Fleet Marine Forces were called home to train for service in the South Pacific. Wally served as a Corpsman with the Second Marine Division, “Island Hopping,” landing on Guadalcanal, Tarawa, Saipan, and Tinian with the invading forces. He was promoted to Navy Chief in April 1945. Warren earned several medals, including the Bronze Star with V for Valor and the Presidential Unit Citation.

He served at the Navy Hospital in Guam after WWII. During the Korean War, he served with the Marine Air Wing in Korea and in Japan. Wally was an accredited Independent Duty Corpsman and served aboard small ships as the head of the Medical Department when no Medical Officer (Doctor) was assigned. He retired from the Navy in 1957.

After a short time as a Sanitation Inspector in Polson, Montana, he returned to his previous position at the Naval Weapons Center in Corona, California as a civilian. He was a Registered Sanitarian and also a Licensed Pest Control Operator.

He is remembered by his family as a devoted father, an avid outdoorsman, and an accomplished fly fisherman. He taught his children to be self sufficient, often repairing cars and motorcycles and building go-carts. In later years, he told many stories of his war experiences to friends and family and especially grandchildren.

He was preceded in death by: his parents; his first wife, Elizabeth; sister, Lucile Foster of CA.; and brother, Dan Wallace of IL.

Warren will be buried at the Willamette National Cemetery in Portland, Oregon.

A Committal Ceremony will be held there on Tuesday, September 24, at 1:30 p.m.