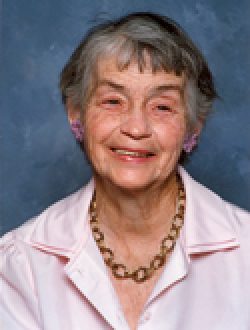 No Services are planned at this date. Sweet Home Funeral Chapel is handling arrangements.

Verona D. Jones, 88, of Sweet Home, died Friday April 20, 2007 at her home. She was born in Chehalis, WA, the daughter of an Arizona Ranger, William P. and Kathryn (Atcheson) Graham.

Verona was the fourth of five children. She graduated from Umpine High School in the day and age that one had to ride horses to and from school. She married Beverly Bayne Jones, and raised four children. Their marriage later ended in divorce. Verona lived most of her life in Milton-Freewater. She spent her last three years living in Sweet Home under the care of her daughter.

She loved to garden and enjoyed flowers. She loved the outdoors walking a mile and a half each day. Verona loved her grandchildren and saved articles and memorabilia about them.

No Services are planned at this date. Sweet Home Funeral Chapel is handling arrangements.