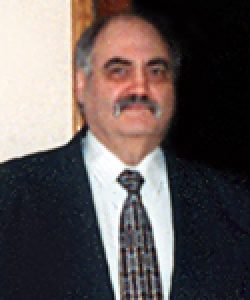 Viewing will be 10:00 a.m., Monday, December 14, at the Church of Jesus Christ of Latter-day Saints. Funeral service will follow at 11:00 a.m. Final committal will be at Lewis Cemetery in Sweet Home.

Vern Dale Bergevin of Albany (a long-time resident of Sweet Home) died on Monday, December 7, from complications related to a long-term illness. He enjoyed studying about WWII, and at 68 years old, he passed quietly away on the 68th anniversary of Pearl Harbor Day.

Vern was born in Longview, Washington to Sylvin “Frenchie” and Frances (Jackson) Bergevin. He was the oldest of six children. The family moved to the Sweet Home area in 1945.

Vern attended all his school years in Sweet Home, graduating from high school in 1960. He was married to Patricia Ann Thompson in the LDS temple in Logan, Utah in 1963. The couple had seven children.

Vern loved to study history, especially about the Old West. He loved traveling and visited many historical sites, including mining areas. He also enjoyed collecting stamps and coins.

He is survived by his former wife, Patricia Bergevin of Sweet Home; sons, Derrek (Kelly) of Sweet Home, Leland (Stephanie Kleiven), and Craig (Lacey Shelby) of Albany; and daughters, Tamara (James) McCorkhill and Trudi (Jerry) Gregersen of Sweet Home, Frances (Jedson) Smith of Harrisburg, and Patricia (Jon Yother) of Albany. At this time, Vern has 18 grandchildren and 12 great grandchildren. Vern is also survived by his mother, Frances Bergevin; brothers, Marvin (Kathy) and Duane (Pauli); sisters, Mellie (Don) Casida, Delpha (David) Foulger, and Darla (Stuart) Barton—all of Salem; and brother-in-law and sister-in-law, Cline and Dorthy Hatch of Portland. He will be missed by long-time friends, Dave and Donna MacArthur and Jan McQuery.

He was preceded in death by his father; brother-in-law, Craig Harding; sister-in-law, Pamela “Rae” Bergevin; and two great grandsons, Tristan and Malachi.

Viewing will be 10:00 a.m., Monday, December 14, at the Church of Jesus Christ of Latter-day Saints. Funeral service will follow at 11:00 a.m. Final committal will be at Lewis Cemetery in Sweet Home.