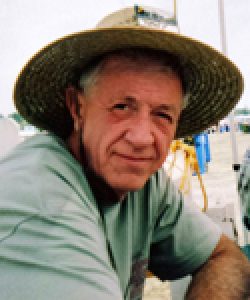 Tony served in the United States Air Force for four years at Edwards Air Force Base right after high school.

He was raised in Pleasant HIll, Oregon through high school. He married his one and only true love, Barbara. They celebrated 46 years of marriage in December. They lived in Soldotna, Kenai and Anchorage Alaska from 1971 to 1996. Then they lived in Payette, Idaho for five years. They moved to Sweet Home in 2004.

Tony had worked as a radio DJ and an oil field superintendent in drilling and production. He was active in the church choir and loved whistling.

He was a captain with a master’s license for 50-ton vessels. He loved anything to do with being on or around the water, fishing, boating, the sound of rivers and oceans. He enjoyed rock hunting, trailer camping, and sitting around the fire visiting with everyone. He was an avid outdoorsman, traveler, and ham radio operator.

Tony was outgoing and known to never have met a stranger. We are blessed with a close family and very special friends.

Tony is survived by: his wife, Barbara S. Swan; sons John A. and his wife Jennifer Swan and Edward L. and his wife Deanna Swan; mother Lawanna E. Swan; grandchildren Tyler, Nicole, Deven, Dylen, Calvin, and Gannon; sister Nancy and her husband RC Smith; and many out laws of the Barry family.

He was preceded in death by his father, Robert I. Swan.