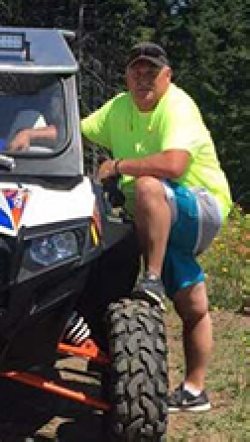 A Celebration of Life will be at 1:00 p.m., Saturday, December 29, at Community Chapel.

Todd Carter, 57, of Crawfordsville, Oregon passed away Monday, December 17, 2018. He was born in Lebanon to James Walter and Gloria Jean (Underwood) Carter.

He lived in Sweet Home until 1995 when he moved to Crawfordsville.

Todd worked as a forklift operator for Publisher Paper, Smurfitt Newsprint, and Linmar Doors from 1980 to 2004. He then worked as a High Tech Rigger for MEI until 2014. In 2015, he began work at Hoys Hardware as a small engine mechanic.

He enjoyed hunting, fishing, mechanic work, camping, going to the dunes with the Bad Boy Buggy Club, and cooking on the Traeger.

A Celebration of Life will be at 1:00 p.m., Saturday, December 29, at Community Chapel.