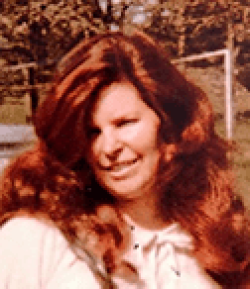 Theda Eloy Morris passed away suddenly March 6, 2019 at 77 years of age. She is preceded in death by her daughter, Linda, her husband, Jack Morris, and parents, LaVerne and Mabel Evans.

Theda was well known for her love of gardening. She could often be found out in the yard amongst her vegetables and trees, rain or shine. Later in life, she loved growing cherry tomatoes because the grandkids would pick and eat them straight from the bush. She loved all flowers, but favored fuchsias and dahlias most of all. When she was not out in her yard, Theda would volunteer at various nurseries.

Animals were another lifelong love of Theda. At one time or another, she had every known indigenous animal of Oregon, plus several more. She had a special fondness for birds, which could be visibility seen by the 25 or so feeders she had throughout the yard. She owned a peacock and still owns seven love birds, cockatiels, and parrots. She would pause with delight when a hummingbird came near. At one time, she was able to woo a raccoon into being her pet—complete with a leash and collar.

Theda had a sense of community and kept up with all the latest news and gossip. She spent time with her friends at Bunco, Royal Neighbors, TOPS, and COPS, and maintained a lifelong friendship with Myra.

In her life, Theda took the greatest pride in her five surviving children, Kenneth, Cheryl, Joseph, Michael, and Sherry, her twelve grandchildren and twelve great grandchildren. Her family is confident she will be missed by all who knew her.