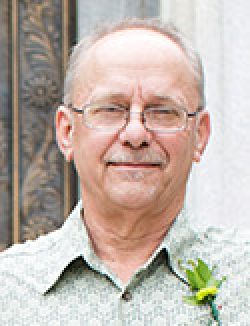 Steve was born January 31, 1952 in Milwaukee, Wisconsin to Lawrence Albert Barber and Lillian Ione Potrzebny and was raised there with his brother and sister. He moved to California in the early 70s and worked as an iron worker with his brother following their father and grandfather. In 1986, he moved to Sweet Home, Oregon where he became the town’s only locksmith and the owner of Ames Creek Storage.

Those that knew Steve knew a very kind and generous man. He lit up a room with his humor, positivity, and his passion for life. His wit and character were unmatched, and many remember him as a man with all the jokes. He was always lending a helping hand to those in need and was a very loving father. He was a man of faith and was involved in Saint Helens Catholic Church and Riverside Christian Church.

His hobbies included being outdoors, camping, swimming, boating, and hiking. He was passionate about good rock music and was a drummer in a band. He loved the Milwaukee Brewers and the Green Bay Packers.

Steve had a lot of things he said, but one thing that stands out most is when he would say, “Put your heart in the game.” Steve’s heart was in everything he did and it showed everyday with his passion for all life has to offer.