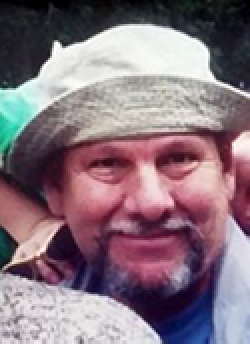 Shawn Albert McDaniel, 70, of Sweet Home passed away Sunday morning at his home. He was born in Altadena, California to Darrell Douglas and Elynor Marie (Kaskavage) McDaniel.

He wanted to serve during the Vietnam War but was not medically eligible. He had broken his back.

Shawn had lived in California, Missouri, Arizona and Oregon. His favorite place was the Oregon Coast.

He was raised Nazarene and was a Christian.

Shawn was a fisherman and fish plant manager. He worked his way up from plant maintenance.

He was a photographer and romantic soul. He was a devoted husband.

Today my daddy died. The memories I will hold close are: “Turtle Rides” – my dad had an injured back. He couldn’t give us piggy-back rides, but when we were in a pool, he would give us “turtle rides”. Camping along the Verde River and scrubbing pans clean with sand. Family picnics. Sliding down Slide Rock near Sedona, Arizona. Telling ghost stories around a bonfire on the Oregon Coast. Sitting on my daddy’s lap as a four year old and playing Reader’s Digest WordPower together.

My dad had the intelligence and chutzpah to walk into any business and shortly become their most knowledgeable and productive employee. A born salesman.

He was preceded in death by his brother Doug.