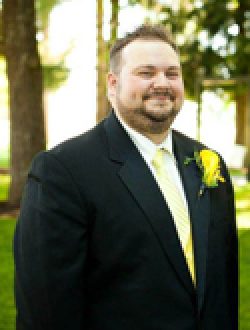 Shaun L. Bickford, 32, of Sweet Home, Oregon passed away Sunday, June 23, 2013. He was was born in Corvallis, Oregon to LeRoy and Linda (Wells) Bickford.

Shaun won his battle on June 23rd. He was surrounded by his family and friends that loved him. He was a loving husband, father, son, brother and uncle. Burkitt’s Lymphoma is a beast, he fought it with such grace and courage. He is a great man that will be missed by many!

Shaun worked as an ‘A’ machinist at Wah Chang. He liked to go four wheeling at the dunes and to barbeque and spend time with his family. He loved the Oregon Ducks and going out to dinner and the movies.

He was preceded in death by: his grandparents, Glen and Margaret “Peg” Wells and Raymond and Marguerite Bickford; and his aunt, Shirley Bickford Slater.

Contributions may be made in Shaun’s memory at any Key Bank.