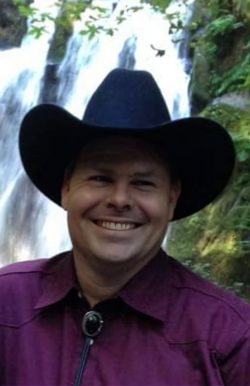 Scott Richard Reiling, 52, of Lebanon, passed away on June 20th, 2022, from a fatal accident while working on a car. Scott was born on May 4th, 1970, in Klamath Falls to Richard (Dick) Leroy and Yvonne Margaret (Bailie) Reiling.

He spent much of his youth in Klamath Falls where he attended Henley. He was very active in 4H and the Olene Buckaroos. In 1984 he moved with his family to Scio, and then later to Lebanon where he graduated from Lebanon Union High School in 1989. It was during his time in high school that he fell in love with auto shop. During his junior year in high school, he began working for Les Schwab. This was the beginning of his career working on automobiles. He also owned and operated his own mechanic shop for several years. Scott continued his education in mechanics earning several certifications throughout his life.

Scott was known for his gift to tell stories. He was always willing to talk to anyone he met and had a plethora of stories to tell from his childhood adventures with his friends. He made many friends throughout the years; he was just the kind of person who drew people in. He never lost his childlike spirit and love for life. Anyone who knew Scott knew that he was a loving father, grandpa, and the friend you could always count on.

On July 3rd, 2014, Scott married the love of his life and best friend Michelle Reiling at McDowell Creek Falls surrounded by family. His favorite things to do were hunting, fishing, riding his motorcycle, and spending time with his grandchildren. When the weather was nice, he loved to go out and ride his motorcycle to explore new places. He also loved to go and support his grandchildren at their sporting and school events whenever he could. He was often on the sidelines cheering them on in every activity they participated in.

He was preceded in death by his father, Richard Reiling.