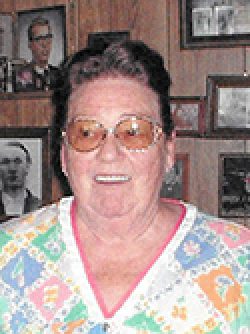 Ruby worked in a rocket powder plant during WWII. She helped her family migrate west to Oregon and Washington after the war. After raising her family, she wet back to school and became a beautician. She eventually opened her own shop in Tenino, Washington. After retiring, she moved back to Oregon to be around her family.

She was preceded in death by her parents and six sisters.
Sweet Home Funeral Chapel is handling the arrangements.