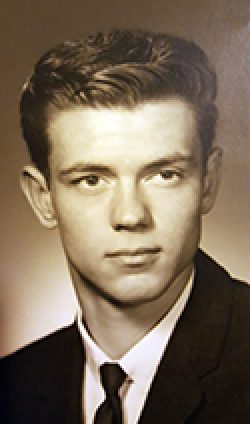 Memorial contributions can be made in his name to Harmony Foster Homes, 1820 SW 16th Avenue, Albany, Oregon 97321.

He lived in Pueblo, Colorado until the seventh grade. His family then moved to Coburg where Roy graduated high school.

After serving four years in the Air Force, he started working for the Springfield Post Office, married, and bought a house in Junction City. He later moved to Christmas Valley and operated an alfalfa farm. Then he moved to Reedsport to spend time near the ocean. He later moved to Monroe to raise farm animals, and then to Albany to manage adult foster care houses for the last ten years.

He is survived by his wife, Judy Thompson, of Albany; children Charlene Wesler of Portland, Cheryl Murphy, Aaron Wesler, and Kelly Roth — all of Christmas Valley; siblings Leslie Parks of Harrisburg and Dwayne Wesler of Coburg; and 16 grandchildren.

Roy was preceded in death by his wives, Karen Wesler and Joni Wesler, and his parents, Gordon and Alice Wesler.

Memorial contributions can be made in his name to Harmony Foster Homes, 1820 SW 16th Avenue, Albany, Oregon 97321.