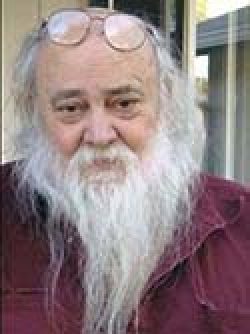 Ronald Delano Matz, 79, of Lebanon, passed away Monday at his home. He was born in Wadena, Minnesota to Ernest Milton and Barbara Dorothy (Jungles) Matz.

He served in the United States Navy for five years. He served on the USS Glacier as a Fire Control Tech. His ship was the last Navy ship to go to Antarctica. He received the Antarctic Service Medal.

Ronald was born in Wadena, Minnesota. He moved to Richmond, California during WWII. They returned back to Minnesota and then they ended up in Oregon. He stayed in Lebanon for the remainder of his life.

Ronald was a member of the Fort Hoskins Ramrod Black Powder Club, was an active member of America Legion and 40 and 8 for which he held numerous offices. He was a Veteran’s Advocate.

Ronald is survived by his wife Judith Matz; children: Greg and his wife Sheri Matz, Debbie and her husband Eddie Patton, Kari and her husband Danny Storkson all of Lebanon; sister JoAnn Miles of Salem; many nieces and nephews in Washington, Oregon and Minnesota; 10 grandchildren; 16 great grandchildren.

He was preceded in death by his father and mother Ernest Milton and Barbara Dorothy (Jungles) Matz; sister Betty Pickar in 2019; and grandson Ryan Matz in 1992.