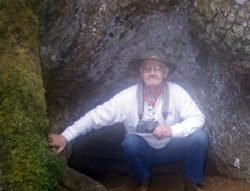 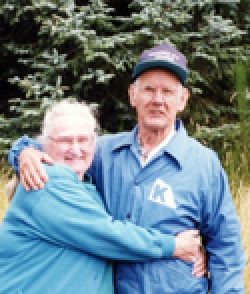 Rolland C. Conklin, 93, of Sweet Home, Oregon passed away Thursday, March 6, 2014. He was born in Sutherlin to Albert Edson and Floy (Bolinger) Conklin. He was born and raised in the Sutherlin and Cottage Grove area.

Rolland served in the United States Army from October 23,1942 to January 20,1945 when he was honorably discharged. Rolland drove trucks hauling military supplies and equipment. He also maintained and serviced the trucks.

His last year of military service was at Camp Adair in Corvallis where he met Doris May Hollingsworth. They married on June 10, 1945. One and a half years after they were married, they moved to Sweet Home where they lived ever since.

Rolland worked for 37 years at Santiam and later at Williamette Industries until his retirement at 62 years old.

In his early retirement years, he made and collected clocks and made toys for his grandchildren. He and his wife spent a number of years traveling in their RV with friends and fellow mill retirees.

Rolland is survived by: his wife of 69 years, Doris May of Lebanon; his son, Eugene Conklin of Longview, Washington; daughters Christine Ford of Portland, Carolyn Martin of Kelso, Washington, Catherine Herstad of Gig Harbor, Washington; 11 grandchildren; and 23 great grandchildren.