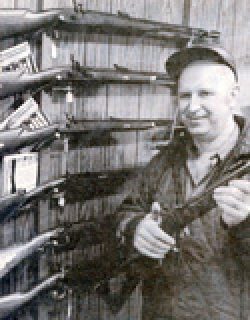 Memorial contributions can be made in Roger’s name to the American Cancer Society.

Roger G. Adams, 82, of Sweet Home passed away Friday. He was born in Hamilton Township, Michigan to Maurice and Blanche (Goodrich) Adams.

He lived in Michigan until he moved his family to Sweet Home in 1963.

Roger farmed in Michigan on the family homestead. He was a mechanic of cars and small engines while in Oregon. Roger was well known in the community for being a chainsaw mechanic expert.

Memorial contributions can be made in Roger’s name to the American Cancer Society.