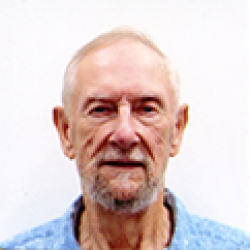 A memorial celebration will be scheduled in the future.

Robert Wayne Sullivan, 81, of Sweet Home, Oregon passed away Sunday, April 5, 2020. Robert was born in Mooreland, OK to Ralph and Mabel (Harris) Sullivan. His family moved to Oregon and settled in the Holley area. When he began grade school, his teachers recognized a musical talent and along with his parents, made it possible for him to take piano lessons. He continued with his music through high school, accompanying groups and school performances. On graduating from Sweet Home Union High School in 1957, he enrolled in the Portland Lewis and Clark School of Music that fall. Money was hard to come by for school, so after his first year, he joined the Federal National Army Reserve and spent six months in Fort Ord, California. He remained in the Reserves for another ten years.

In 1961, he married Sheila O’Brien of Beaverton, Oregon, and they had a son, Robert James Desmond Sullivan. For several years he worked for the U.S. Post Office until he quit and went back to school at Portland State University, majoring in Business Management. After a year in school, he landed a job in the Accounting Office of Consolidated Freightways and spent nearly thirty years there as a frontline supervisor until his retirement in 1998. While working, he continued with night classes until he finally was awarded his BA degree.

After his divorce in 1983, he began seeing his Brother’s sister-in-law, Betty McCall Thayer. They were married June 18, 1988 and Bob was enthusiastically welcomed by her three sons and all of her family.

They enjoyed living in Portland and spending weekends and vacations at the farm in Sweet Home, but after retirement, the fun really began. They were snowbirds, and for the past 22 years have spent their winters south of Palm Springs, CA at the Imperial Spa, then at Bashford’s Spa. These have been joyous years, making treasured friends from all over the states and Canada. Bob’s loves were always music and golf and he was able to do both. The surprise of his life was being asked to join a band at the Spa. Playing and singing with “The Chocolate Mountain Gang”, was pure joy to him and he was able to do that again this winter, playing their last dance on March 15!

The cancer he was diagnosed with a year ago, finally caught up with him and he went very quickly. He flew home from California on March 23 and he had until April 5. He was in Hospice care and his passing was gentle and peaceful, just like the man he was.

Bob is survived by his beloved wife, Betty, and her three boys, John Thayer (Jill Walker), Justin Thayer (Julie Sonam) both of Sweet Home, Willy Thayer (Linda Erisman) of Eugene, and his son, Jim Sullivan (Karen) of Beach City, Texas. His grandchildren, Jordenlee Thayer, (and greatgrandsons, Cade and Colton) of Silverton, Cassidy Thayer of Eugene, Ryder Thayer of Sweet Home, Connor Sullivan and Brianna Sullivan of Winston-Salem, North Carolina and Colton Sullivan of Beach City, Texas. He is also survived by his sister and brother-in-law, Dick and Kathy Cochell of Cottage Grove and his sister-in-law, Esther Sullivan of Portland and Thousand Palms, CA, and many nieces and nephews. He was preceded in death by his brother, Leo Sullivan.

Bob was a remarkable man, so gentle and caring. He will be missed by all whose lives he touched. A memorial celebration will be scheduled in the future.