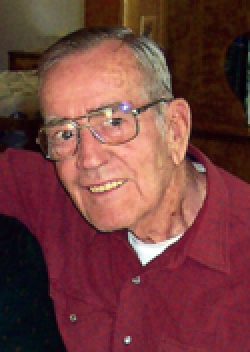 No formal services are planned.

Robert Owen Furrow of Sweet Home died Saturday, March 13, 2010 at an Albany care facility. He was 85. He was born September 13, 1924 in Cloverport, KY, son of Charles and Alberta Pate Furrow. He was raised and educated in Arizona.

Robert joined the US Army in 1943, and received his honorable discharged in 1947.

On October 10, 1970, he married Viola Varolet in Phoenix. They lived in numerous locations together, including Nampa, ID before settling in Sweet Home in 1987.

Robert worked for the City of Sweet Home at the waste water treatment plant, from which he retired. Robert was a member of VFW 3437 Sweet Home.

He was the beloved husband of Viola Marie Furrow of Sweet Home and is survived by: daughters, Linda Snyder (John) of Sierra Vista, AZ and Mary Carter of Honoulu, HI; son, Kirk Furrow of Tucson, AZ; step children, Barbara Early (Joe) of Roseville, CA and Randall Varolet of Sweet Home; sisters, Charlee Saltsgaver of Martinez, CA and Jeaninne Logan of Benson, AZ; nine grandchildren; eight great grandchildren; and a great great grandson. He was preceded in death by his son, Larry Furrow, in 1974.

No formal services are planned.