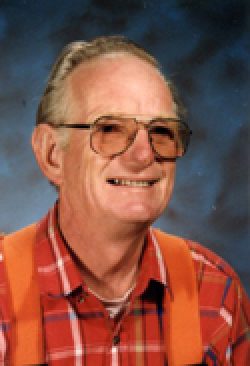 A memorial service will be held at 11:00 a.m., Saturday, January 17, 2015 at Sweet Home Evangelical Church. A reception will follow.

Robert “Bob” Jean Simmonds of Sweet Home, Oregon passed on the evening of December 12th at Good Samaritan Regional Medical Center in Corvallis. He was 81. Bob was born April 23, 1933 in Indianapolis, Indiana. He was the oldest of three children born to Robert Ross and Anna Elizabeth (Griffin) Simmonds

When Bob was a small child, he moved to Lakeview, Oregon with his family. While in Lakeview, he lived on a working ranch and started school in a one room schoolhouse. Bob’s family moved often. Bob joined the Naval Reserves in 1952 while he was still in high school. He served in the Naval Reserves from 1952-1962. In 1953, Bob graduated from high school in Ashland, Oregon. His first job was in a lumber mill in Ashland.

Bob worked for various direct mailing businesses in the Los Angeles area from 1957 to 1977.

In 1977, Bob moved with his family to Sweet Home, Oregon. He first worked for the Central Linn School District, and then in 1979 he took a job with the Sweet Home School district, working as the head custodian for Oak Heights Elementary school. He worked there until retiring in April of 1995.

Bob was an active member of the Sweet Home Evangelical Church. He was very active in the various men’s activities, and especially enjoyed doing the rummage sale and Christmas tree fundraisers.

Bob was an avid fisherman. He loved to fish and went on many fishing trips. He also loved to tell fish stories. His favorite place to fish was the “Broken Bridge” but anywhere they were biting was the best place to fish. Bob never met a stranger, he had a way of making everyone feel like a welcomed friend.

A memorial service will be held at 11:00 a.m., Saturday, January 17, 2015 at Sweet Home Evangelical Church. A reception will follow.