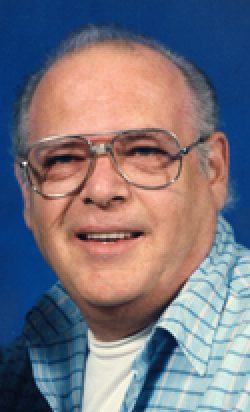 Viewing will be from 9:00 a.m., to noon on Monday, June 8, at Sweet Home Funeral Chapel. Graveside service will follow at 1:00 p.m., at Liberty Cemetery in Sweet Home.

Robert Wurster, 73, of Sweet Home passed away peacefully on Tuesday. He was born in Hartford, Connecticut to Alfred Clyde Allen and Dorothy Francis (Flanders) Wurster.

He served in the United States Navy from 1959 to 1962 on the USS Boston. He was a seaman and worked as a storekeeper.

Bob moved from the East Coast to Oregon in 1969, settling in Junction City for a job in construction, From there, he moved to Sweet Home. He attended barber school in Salem and worked for American Can Company.

In 1972, he began his rock hobby, which really took off when he made a necklace out of Holley Blue agate for his wife of 28 years, Helen. They opened a rock shop in Sweet Home called R&H Lapidary in the 70s. Many family times were spent hunting for rock and petrified wood in Eastern Oregon. Bob continued his passion for rock hounding and jewelry making until his final days.

Bob enjoyed spending time with his grandsons, Trevor and Ethan, and road trips with his friends.

He will be laid to rest with his beloved dog, Misty, and will be missed by his family and friends.

Bob is survived by: his sons, Todd and Robert Wurster; three grandchildren in Oregon; sisters, Dewie Masho of FL and Shirley Watson of NC; and brother, Clyde Wurster of FL.

Viewing will be from 9:00 a.m., to noon on Monday, June 8, at Sweet Home Funeral Chapel. Graveside service will follow at 1:00 p.m., at Liberty Cemetery in Sweet Home.