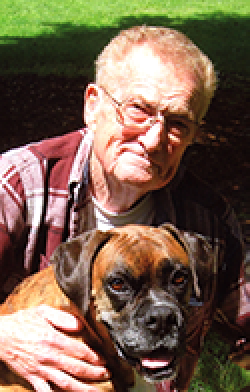 A memorial service will be at 1:00 p.m., Saturday, April 7, at Sweet Home Mennonite Church.

Robert Earl Lee, Sr., 76, of Sweet Home, Oregon passed away Tuesday, March 27. He was born in Banning, California to Carl Ethan and Linnie Mae (Sanders) Lee. He lived in Sweet Home since 1980.

Robert was a carpenter. He also coached and volunteered for Little League for many years.

He enjoyed music, fishing, writing songs, and playing guitar. He loved playing with his grandkids and great-grandkids. Robert enjoyed playing golf with friends and family, and loved showing his grandkids how to play. Since he enjoyed golf so much, Robert built a miniature golf course for his back yard where he and his family would spend hours playing together.

A memorial service will be at 1:00 p.m., Saturday, April 7, at Sweet Home Mennonite Church.