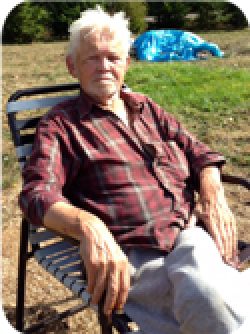 He lived in Valsetz until he moved to Sweet Home in 1948. Bob went into the military and returned to Sweet Home upon discharge. He worked on the Green Peter Dam and in the plywood mills until he retired.

Bob loved to hunt with the Winchester guns he loved to hold and talk to his friends about. He enjoyed working with wood and made Burl wood clocks.