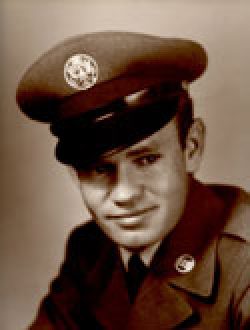 Contributions can be made in remembrance of Bob to the Christian Life Center Church of God, in care of Rev. Wayne Breshears, 17967 Hwy 395 N, Lakeview, Oregon 97360.

Robbie Gene Lake, 84, of Sweet Home passed away on Wednesday. He was born in Clebit, Oklahoma to Clyde William and Elsie Lee (Malone) Lake.

Robbie grew up in the timber company logging camps of Oklahoma. He moved to Spraque River, Oregon after high school with his family in 1947. Soon after he moved to Lakeview, where he lived for the majority of his life.

Robbie was honorably discharged from the U.S. Air Force as a Tech Staff Sergeant where he served as a Radar Technician from September 1950 to September 1954. He was awarded the National Defense Service Medal and Good Conduct Medal.

Bob owned and operated ‘Lake’s Mid-Town Gas‘ for more than 30 years and employed many of the community’s young people over those years. He closed his business and retired in 2000 at the age of 71.

He loved Lakeview and the unique high desert of Eastern Oregon. He was a hardworking and committed provider for his family and spent much of his time working, but in his spare time, he contributed several years to volunteering as the president of the local Little League Baseball Association. He enjoyed hunting, fishing, and especially liked looking for arrow heads. In his retirement years, he built many ‘Bob’s Barnwood Birdhouses’ and sold them at the local Saturday Market. His bird houses are now in countless residential backyards. He was sad to leave the community of Lakeview, but desiring to be near his family, he moved to Sweet Home in 2005.

He was preceded in death by: his father, Clyde William Lake; mother, Elsie Lee (Malone) Lake; and brother, Bill Lake.

Contributions can be made in remembrance of Bob to the Christian Life Center Church of God, in care of Rev. Wayne Breshears, 17967 Hwy 395 N, Lakeview, Oregon 97360.