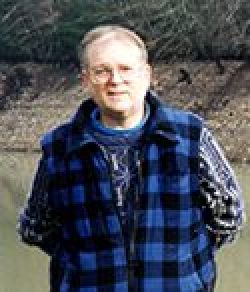 Viewing will be at 11:00 a.m., Monday, March 27, at Sweet Home Funeral Chapel. Funeral service will follow at 12:00 p.m. Final burial will be at Gilliland Cemetery.

Ricky Jay Parent, 62, of Albany, Oregon, formerly of Sweet Home, passed away Tuesday, March 21. He was born at Langmack Hospital in Sweet Home to Andrew and Vera Maxine (Collins) Parent.

Ricky was in a serious car accident at the age of 25, which changed his life. He could no longer work and moved back to Sweet Home where he lived with his parents. He traveled with his parents to many places in the United States and Canada. They also went on many camping trips.

As a young boy, Ricky did a lot of different jobs. He mowed lawns, had a paper route, and ran the projector at the Rio Theater.

He enjoyed music, played the guitar, and was a big fan of the Beatles. He thought the world of his family; especially his nieces and nephews.