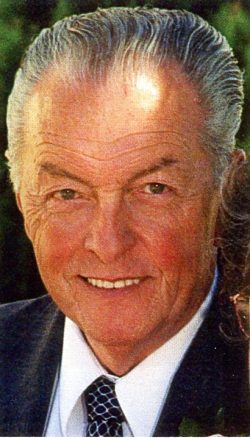 A private service will be held for close family and friends.  A graveside service will be 2 pm Saturday November 13th at Lewis Cemetery. Condolences can be sent to Mary in care of Sweet Home Funeral Chapel 1443 Long St. Sweet Home, OR 97386.

He lost his father in combat in WW2.  Later his mother married Gordon Carlson of Fredrick, Wisconsin, who adopted him.  They moved to Canby, when he was in the 7th grade.  He graduated from Canby High School in 1960 and attended OTI (now OIT) in Klamath Falls, graduating in 1963.  He married CHS classmate Linda Lee Gorbett in 1965.  Changing his career focus, he attended Portland State University for 2 years, then Western States Chiropractic College, receiving his Doctor of Chiropractic degree in 1972, and then went on to the National College of Naturopathic Medicine, receiving his Doctor of Naturopathic degree in 1973.  He opened his own practice in Enterprise (Wallowa County), where they raised their three children.  His practice prospered and he added delivering babies at home, which turned out to be his favorite part of his practice.  He also did house calls – often on his motorcycle during his lunch break, his doctor’s bag secured behind him.

Richard and Linda accepted the Gospel invitation when it was presented to them in 1978 and both remained faithful to God and His promise of salvation through following His Son Jesus Christ all the rest of their lives.

In 1997 he sold his practice and moved to Lebanon to be closer to their children and to care for his wife.  Linda passed away in 2001, and he moved to Sweet Home.  He met Mary Elsberry of McMInnville at their annual fellowship convention and they were married in 2003.  They resided in Sweet Home until his death.

Preceding him in death were his first wife Linda; parents Richard Wamsley, Gordon and Evelyn Carlson; and brother Lee Carlson.