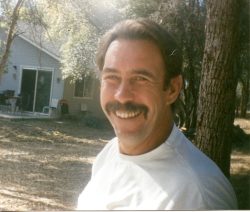 Richard Arthur Nash, 69, of Sweet Home passed away Monday. He was born in Herlong, California to Alfred and Juanita Juanice (Teague) Nash.

He entered the United States Navy on April 29, 1969. He served as a Hospital Corpsman in the Naval Hospital in Oakland, California. He received the National Defense Service Medal. He was Honorably Discharged.

Richard lived mainly in California. He moved from Hesperia, California to Oregon. He moved to Sweet Home in 2017 with his sister.

He loved to read, camp, fish and watch NASCAR. He enjoyed telling stories of his travels.

He was preceded in death his sister Sandra Baumann; niece Lisa Atanacia; and his parents.
Sweet Home Funeral Chapel is handling arrangements. www.sweethomefuneral.com