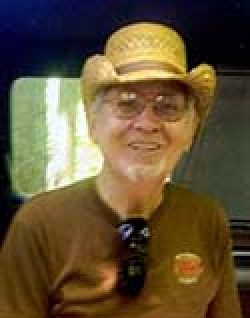 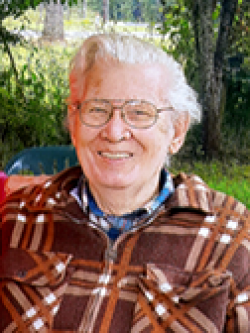 A Celebration of Life Potluck for Steve and his son-in-law, David Kragness, will be at 3:00 p.m. Sunday, September 6, at Sweet Home VFW Park.

Raymond “Steve” Wesley Stevens, 85, of Sweet Home, Oregon passed away Sunday, May 10. He was born in Thomas, Oklahoma to Lloyd Franklin and Vessay J. (Hensley) Stevens.

He served in the United States Army from 1953 to 1957 and was in Korea. He was injured as a paratrooper and finished service as Chef for Officers. He was discharged at Fort Lewis, Washington.

Raymond stayed in the Tacoma, Washington area for many years, taking several road trips back to Oklahoma. He moved to Sweet Home in 1991.

He worked as a painter and Jack of all trades. He also worked on a salmon fishing boat in Alaska.

Raymond loved to work on vehicles—buy, fix up, trade… The next one was always the best.

Raymond married Dorthea in Tacoma and had three children. They later divorced. After moving to Sweet Home, he met and married Sharrell Britton, the love of his life. They traveled all over, living for a while in Washington, the Oregon Coast, Arizona, and Oklahoma. They always came back to Sweet Home.

A Celebration of Life Potluck for Steve and his son-in-law, David Kragness, will be at 3:00 p.m. Sunday, September 6, at Sweet Home VFW Park.