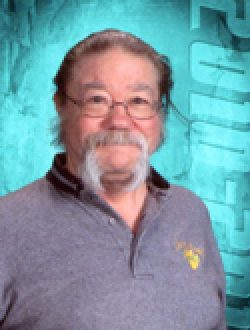 Ralph Royster Valentine, Jr., 64, of Sweet Home passed away Thursday. He was born in Turlock, California to Ralph R. and Alice Valentine-Van Houtan.

Ralph lived in Salem, Oregon from 1950 to 1969, during which time he graduated from North Salem High in 1964. He attended Oregon College of Education, Oregon State College, and the University of Oregon.

Ralph began working with mentally challenged youth at Fairview Hospital in the early 1970s. He moved to Sweet Home in 1984 to work in a group home, the Oregon Mennonite Alpha Home, and worked as a Special Education Assistant for the Sweet Home High School. Ralph had a love for children in need and donated his time and hair to “Locks of Love.”

Per his wishes, Ralph donated his body to science. In lieu of flowers, contributions may be made in his name to a Memorial Fund at Sweet Home High School, 1641 Long Street, Sweet Home, Oregon.