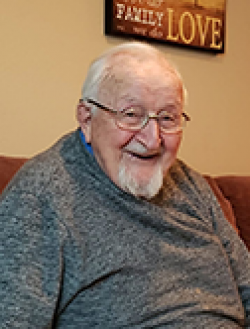 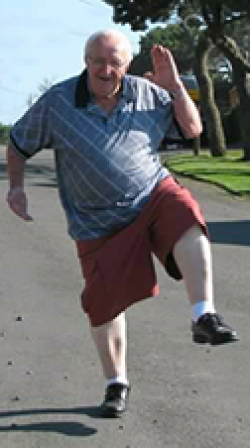 Due to COVID-19, a memorial service will be announced at a future time. The family held a private family graveside at Gilliland Cemetery.

Phillip Harold Palkki, 93, of Sweet Home, passed away Friday April 3, 2020 at 6:50 pm. Phil was born at 5:50 am on October 4, 1926 in Sago Township, Itasca County, Minnesota. He was the 11 th of 12 children born to Finnish immigrants, Tuomas Adolf and Anna Angeliina (Niskanen) Palkki. Phil was raised in Minnesota. He served in the Merchant Marines on the Pacific Fleet during WWII. He was grateful to be invited to participate in the Honor Flight group for war veterans in October 2019. After his time in the Merchant Marines he married and in 1947 moved with his wife, Helen P. Hietala to Sweet Home. He spent the majority of his adult life in the Sweet Home area. They lived a few years in McMinnville, as well as near Portland. They also lived 2 years in Florida while on a mission for The Church of Jesus Christ of Latter-day Saints.

He worked nearly 40 years with Willamette Industries Foster Division. He was an active member of The Church of Jesus Christ of Latter-day Saints, faithfully serving in many capacities. For many years he was active in coaching community youth baseball and basketball teams. He enjoyed camping, fishing, and hunting with family and friends. Even into his last days he continued to enjoy golfing and especially bowling, participating in two bowling leagues a week. A few months before passing, he bowled a 256 scratch game! In the last five years of his life he gained a great interest and skill in doing genealogical research. Phil had the privilege of making a trip to Finland during the spring of 2017 to visit his native land. He was thrilled to meet many cousins.

He is survived by his children: Dennis Palkki (Marilyn) of Milwaukie, OR, Marvin Palkki (Karen) of Provo, UT, Tom Palkki (Chelle) of Corvallis, Cheryl Funk (Art) of Sweet Home; son-in-law, Ron Zook of Dayton, OR; younger brother Matt Palkki (Bernice) of Michigan; and a bounteous posterity: 29 grandchildren; 68 great grandchildren, and at his death his first great great grandchild in the making. He is preceded in death by his wife, Helen; daughters: Debra Zook and Phyllis Palkki; son ‘Baby boy’ Palkki. Phil was the type of man, father, grandfather and great grandfather that was simply too easy to adore, so every kindness extended to him by family and friends was always based in love, not duty.

Due to COVID-19, a memorial service will be announced at a future time. The family held a private family graveside at Gilliland Cemetery.