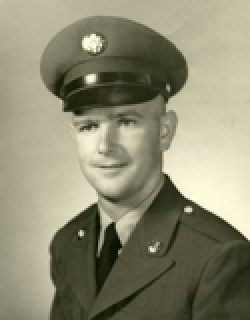 A gravesite service will begin at 11:00 a.m., Saturday, December 29, at Gilliland Cemetery.

Paul Nickolas Richter, 78, of Sweet Home passed away Tuesday. He was born at home in Mt. Angel to Nickolas and Emily (Cline) Richter.

He married Doris Marcks before being drafted into the US Army. He served two years in Hawaii. They lived in California a short time before settling in Sweet Home. They were married 35 years before Doris passed away in 1992.

Paul was a member of the Laborers Union and retired in 1996. During his retirement, he enjoyed hunting, fishing, and working on his 1966 Ford Fairlane.

He was preceded in death by his wife, Doris Richter, in 1992; siblings, Jack, Aggie, Sonny, and Larry; and grandson, Brian Richter, in 2008.

A gravesite service will begin at 11:00 a.m., Saturday, December 29, at Gilliland Cemetery.