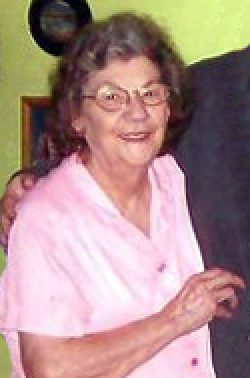 Patricia Alice Wilcox, 84, of Sweet Home passed away Tuesday. She was born July 15, 1927 in Shanghai, China to George and Maria (Ferras) Tyler.

When the Japanese invaded China, Patricia and her family were interned at Longhwa Internment Camp in Shanghi from 1942 to 1945. Despite the lack of many of the essentials of civilized life, the internees rose to meet the challenge of survival. They organized kitchens and hospitals, started libraries, engaged in subtle forms of resistence, educated their children and kept their strength until the end of the war. A fellow prisoner, Peggy Abkhazi, wrote a book about their experience called “A Curious Cage”.

After WWII, Patricia was working at a local post office when she met her husband Walter F. Wilcox who had retired from the U.S. Navy while in Shanghi. They were married in 1947 and came to America by boat arriving in San Francisco, California. Their journey brought them to Sweet Home, Oregon.

She lived in Sweet Home, Lebanon, and various other towns in Oregon and in Eureka, California. They returned to Sweet Home in 1963 so Walter could begin work on Foster Dam.

Patricia enjoyed her flower garden, crafting and crocheting beautiful items for her grandchildren. She also enjoyed her expert crossword puzzles and huge jigsaw puzzles. As an avid reader, she taught herself French and learned to play the organ on her own. She made wonderful Chinese dinners and loved to go to rummage sales looking for little treasures.