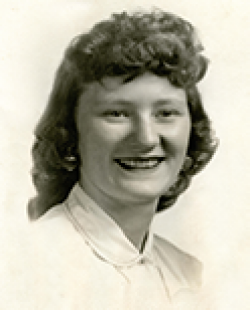 Private Graveside will be held at Lewis Cemetery.

Norma J. Foster, 79, of Sweet Home, passed away peacefully at home of cancer on Wednesday in Sublimity. She was born in Sweet Home to Leonard V. and Opal (Wetherell) Moe.

Norma was raised is the Sweet Home and Lebanon area thru her childhood. She later moved to Philomath area. In later years she married Baliss Foster and they moved to the Dalles-Fall City where Norma was a line cook/server. Norma went in to Home Care Nursing until she retired at the age of 65.

She loved to cook and bake and was an expert baker. She would go camping with her family when she could. She loved her grandchildren.

Private Graveside will be held at Lewis Cemetery.