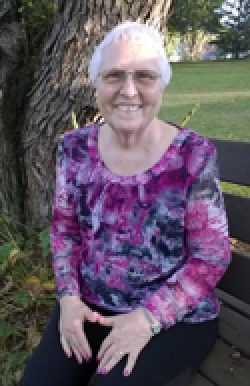 A Celebration of Life will be at 1:00 p.m., Saturday, December 5, 2015 at Crawfordsville Community Church.

She was raised in Indiana where she met and married the love of her life and best friend, Floyd Delmar Bryant, or “Del” as he was known by all. She began the life of a military wife.

Reeta liked to travel and camp. She enjoyed NASCAR and researching genealogy. As a military wife, she always found she was employable as a professional switchboard operator anywhere in the states. She and her husband had a deal that she would go into nursing after he retired from the army. So after her children were mostly through school, she went back to college and obtained her RN degree and enjoyed a fulfilling career working at Lebanon Community Hospital. She worked in several areas, including maternity and finishing, as a night shift supervisor.

Her biggest joy was her family. She and Del raised four children.

She was preceded in death by: her husband of 38 years, Del Bryant, in 1997; brothers Samuel Almon and Leo Junior; and brothers-in-law Howard, Jim, Orville, and Karol.

A Celebration of Life will be at 1:00 p.m., Saturday, December 5, 2015 at Crawfordsville Community Church.