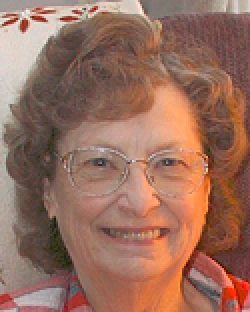 A memorial service will be at 10:30 am Sunday, March 15, at Assembly of God in Sweet Home.

Naomi A. Thompson, age 78, of Sweet Home passed away Saturday. She was born in Evansville, Indiana to Cornelius and Ruth (Backstrom) Slack.

She moved to Oregon with her parents in 1940 and was raised in the Willamette Valley. She attended Bible Standard Institute from 1948 to 1951. She married Kenneth R. Thompson in 1951, and they served in various church ministries most of their 57 years of marriage. They lived in Salem for 17 years moving to Las Vegas in 1985, and then on to Sweet Home in 1991.

Naomi was employed at Moore Business Forms in Salem for 17 years. She was a member of Sweet Home Assembly of God and was a devoted Sunday School and church worker. She was talented at crafts, sewing, and more.

A memorial service will be at 10:30 am Sunday, March 15, at Assembly of God in Sweet Home.