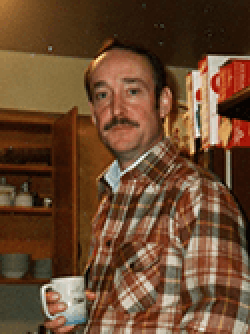 Memorial service will be at 11:00 a.m., Thursday, November 2, at Cornerstone Fellowship in Sweet Home.

Michael earned his Associates of Arts degree at Linn Benton Community College. He then lived in Chiloquin where he worked with his brother, John, in the woods. He later moved to Southern California where he chauffeured his uncle all over the United States. Eventually he returned to Sweet Home where he met and married Erma Jean Arnold on November 27, 1986. He tried his hand at operating a bailing business, and, later, he and Jean started an adult foster care home.

He enjoyed reading and watching old Westerns. He even wrote some short stories of his own. He was very fond of his nieces and nephews. More recently he enjoyed shooting pool at the senior center.

He was preceded in death by his parents; brothers John and Patrick; sisters Nadine Carter and Jackie Heidenreich; an dbrothers-in-law Karl Heidenreich and Tom Blank.

Memorial service will be at 11:00 a.m., Thursday, November 2, at Cornerstone Fellowship in Sweet Home.