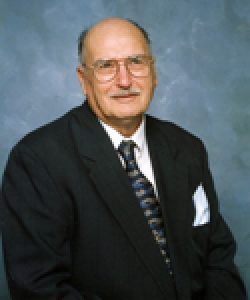 God’s Chariots came on Sunday, March 25, 2012 to pick up Merle Otto Goertzen to take him home to heaven and sing in the Heavenly Quartet. He was born on a farm South of Hampton, Nebraska. He was the first son of John B. and Katherine (Penner) Goertzen.

He went to Hampton and Henderson for his education. He was also self taught in many areas.

Merle met the love of his life in the Henderson Mennonite Church. They were married 57 years before Adella Lucille passed away in 2005. Merle and Adella were farmers in Nebraska for many years.

Dad’s love was Gospel Music and his cup of coffee. He never met a stranger.

He was preceded in death by: grandchildren, JoVanna Becker and Robert John Valentine; and his son-in-law, Russ Becker