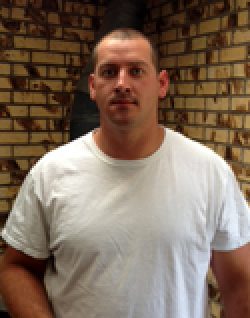 Matthew was laid to rest in Crawfordsville Union Cemetery.

Matthew Allen Pearce, 30, of Salem, Oregon, formerly of Sweet Home, passed away Wednesday, July 15. He was born in Salem to April Pearce and Joseph Royce Birdsong. He was raised in Sweet Home and Salem.

He was a welder with Job Corps before joining the National Guard where he worked as a recruiter and MP. He served for eight years, of which five were active duty. He served three tours in Iraq with both the 234th ENG CO LSA-Anaconda, Iraq Tack Force 106 and the 2162 out of Corvallis. He was proud to serve his country and put his heart and mind into his work for his country. He also worked as a mechanic, welder, and in tow truck recovery.

Matthew was a truck enthusiast and was a member of car and truck clubs. He enjoyed car and truck shows, often entering his own truck. He loved riding on the dunes at the beach. He lived a life full of adventure.

Matthew was laid to rest in Crawfordsville Union Cemetery.