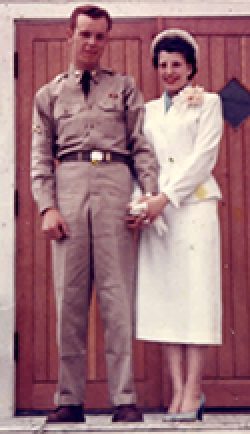 She moved from Minnesota to Portland in 1941. Mary graduated from Lebanon High School in 1954. She married Faron “Red” Pugh in Port Townsend, Washington July 2, 1955 and moved to Sweet Home in 1961.

Mary worked at White’s Electronics from 1966 to 1971. She also worked at Willamette Rehab center as a teacher and was a homemaker.

She enjoyed fishing, hunting, and traveling to Yuma, Arizona and Mexico. She loved raising her family and being with her grandchildren.

She was preceded in death by sisters Yvonne Wodtli and Illa Miller; and brother Don Simpson.
Private family services were held.