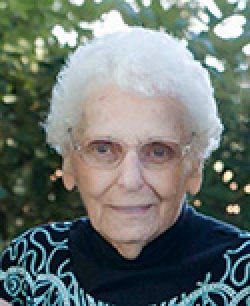 Donations in Mary’s memory can be made to Little Promises Children’s Program in care of Sweet Home Funeral Chapel.

Mary Elizabeth Inselman, 94, of Sweet Home, Oregon passed away Tuesday, March 29, 2016. She was born December 28, 1921 in Portland, Oregon. Her parents were James and Sarah Faye Wilkerson.

At the age of 71, she discovered her parents had actually adopted her at birth. This discovery set into motion a ten- year search for her biological family. The search was successful when she was reunited with the family of her biological sister with whom she developed a loving relationship.
Mary Inselman

Her younger years were spent mostly in Portland. In 1934, when she was 12 years old, her father was killed. This was in the midst of the Great Depression and there were few resources to help widows and children. Their lives as they had known it fell apart. For the next five years, they went through many difficult situations and moves until finally, in 1939, she and her mother and brothers arrived at Snooseville, a logging camp north of Hillsboro, OR. Here she met and fell in love with the good looking young man next door, John Inselman, and they were married in Vancouver, Washington on October 21, 1939. They spent 57 years together before his death in February, 1997. Mary left Snooseville in 1940 living in Idaho briefly before moving to Sweet Home in 1942 where she lived the rest of her life.

She worked off and on over the years at several different places in Sweet Home, including waitressing at restaurants in the 1940s, clerking at Central Super Market and Economy Drug in the 1950s and 60s, and White’s Electronics, from which she retired in 1984. She is a past member of the Sweet Home Elkettes and the Sweet Home Genealogical Society.

In 1998, Oregon voters approved Ballot Measure 58, which gave adult adoptees the right to see their original birth certificates. Mary was instrumental in getting this passed. She helped gather some of the 86,000 signatures that were turned into the state to get the initiative on the ballot. She was interviewed by newspapers and television stations including The Oregonian, Boston Globe, and Good Morning America. On October 15, 1999, she went to Portland and got her original birth certificate. On May 6, 2003, she met her biological family. It was one of the happiest days of her life.

She was a friendly, fun loving person who loved playing games, especially card games and Bingo. She would play cards all day long (and all night) if she had willing partners, which she frequently did. She was driving to Lebanon to play Bingo into her 90s. She also liked to dance in her younger years and she liked to camp, always having a great time on their annual hunting trips with a big group of family and friends. After she and John retired, they liked to travel around the country with their travel trailer. Trips to the casinos to play bingo and slot machines were a real treat right up until the time she died. The common link in all these activities were family and friends. Over the years they opened their home to many family members who needed a place to stay for a short while, including her mother who lived with them for over 30 years. Mary just loved being with them all, and they loved being with her. Her home was very important to her. It was always neat and tidy and ready for company to drop by at a moment’s notice. She was determined to stay in her home, and to continue driving, and was successful in that until the last two months of her life.

Donations in Mary’s memory can be made to Little Promises Children’s Program in care of Sweet Home Funeral Chapel.