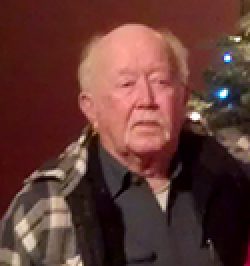 He went to school in Roundup, Montana. After graduation in 1947, he went into the Navy where he spent time in California, Hawaii, and Washington. He was discharged in 1951.

Marvin moved to Jasper, Wyoming where he met LaNae Sundquist. They were married on July 12, 1952 in Stevenson, Washington.

They moved around a lot while he worked on several construction jobs. They settled in Sweet Home in 1963. After retiring in 1991 from the Sweet Home School District, they traveled for years to 48 states. He loved his family dearly. He loved to carve and give the carvings to his family.