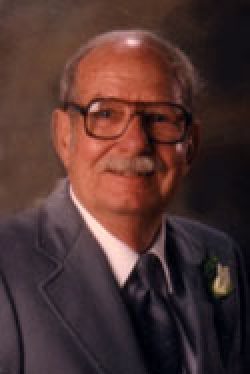 Viewing will be from 9:00 a.m., to noon Tuesday, September 2, at Sweet Home Funeral Chapel. Graveside service will take place at 1:00 p.m., Tuesday at Lewis Cemetery in Foster.

Marvin Charles Graham, 94, of Lebanon, Oregon, recently of Sweet Home, passed away Saturday. He was born in Artesia, California to Charles Augustus and Mary (Hamm) Graham.

He graduated from Elsinore Union High School in 1939.

He was inducted into he United States Army Air Corps on February 5, 1942 and was discharged December 13, 1945 at Fort MacArthur, California. He served in the European Theater, Northern France, Ardennes, Rhineland, and Central Europe. Marvin was a radar crewman 514 and was an expert MI Rifleman. Decorations that he received were the American Campaign Medal, Good Conduct Medal, World War II Victory Medal, and the European African Middle Eastern Campaign Medal.

Marvin lived in Lake Elsinore, California until he went into the service. He liked to travel around. He lived in Murrieta and Oceanside, California and Sun City and Tucson, Arizona. Then in 2000, he moved to Lebanon, Oregon where he lived the rest of his life.

He was a member of the Church of Jesus Christ of Latter-day Saints. He worked as a well driller and later as a carpenter. He built buildings and houses most of his life until he retired.

Viewing will be from 9:00 a.m., to noon Tuesday, September 2, at Sweet Home Funeral Chapel. Graveside service will take place at 1:00 p.m., Tuesday at Lewis Cemetery in Foster.