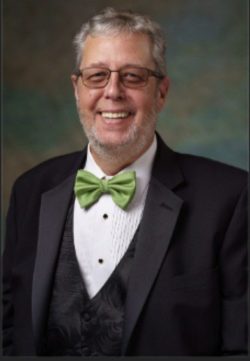 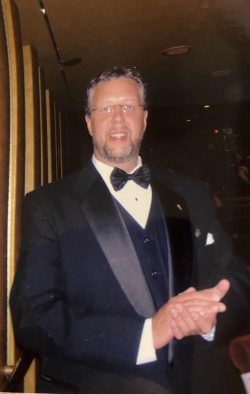 Memorial service will be 11:00 am Saturday November 19th at Sweet Home Elks Lodge. This will be a potluck so if anyone wants to bring a dish, but it is not required.

Martin Wayne Forbes, 60, of Sweet Home passed away Wednesday. He was born in Greeley, Colorado to Jimmie Wayne and Ada Arlene (Brint) Forbes.

He spent his adolescence in Roseburg, Oregon before moving to Ketchikan, Alaska. Eventually he found his way back to Albany, OR. He also spent some time in Reno, NV before returning to Oregon and making a home in Lebanon for several years before settling in Sweet Home in 2005.

Marty was well known as a pillar in the community through his many years as the branch manager of both the Sweet Home and Lebanon Wells Fargo branches, as well as his involvement with local fundraisers, community groups, and the Elks Lodge, where he was honored to be named the Exalted Ruler.

He was an avid and eclectic collector of coins, comic books, antique cash registers, and Elvis memorabilia. He enjoyed playing chess and could have multiple games going over the course of days.

Marty is survived by his daughter, Lauren, and three of his siblings: Terri Soper (Steve), Sheilah Forbes Swanson, and James Forbes (Patricia), as well as their children and grandchildren.

He is preceded in death by both of his parents as well as his sister, Arlene Fausnaugh.

Martin was well loved by his family, friends, and community and his exuberant personality and spirit will be greatly missed by all who knew him.

Memorial service will be 11:00 am Saturday November 19th at Sweet Home Elks Lodge. This will be a potluck so if anyone wants to bring a dish, but it is not required.
Sweet Home Funeral Chapel is handling arrangements. www. sweethomefuneral.com.