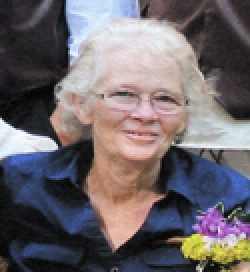 A memorial service will be held at 1:00 p.m., Thursday, May 7, at the Cascadia Bible Church.

Martha “Marti” Noble, 66, of Foster, Oregon passed away Friday, May 1, in Albany after a battle with metastatic breast cancer.

She was born February 13, 1949 to Alan Ward and Dorothy Jane (Derby) Evarts in Grand Junction, Colorado.

Marti lived in Oregon most of her adult life, where she raised her five children. While her children were being raised she worked at Head Start. She earned a Bachelor’s Degree from Western Oregon University in Speech and went on to teach kindergarten for many years at Gaarde Christian School in Tigard. Marti enjoyed teaching her kindergarten students and was known to show up at their “out of school” activities to show her love and support.

She was devoted to her faith and helped with summer Bible School and other activities sponsored by her church.

Marti loved gardening and looked forward to planting her flowers each spring. She also enjoyed crocheting, especially baby blankets. She was an avid reader and enjoyed playing board games.

A memorial service will be held at 1:00 p.m., Thursday, May 7, at the Cascadia Bible Church.