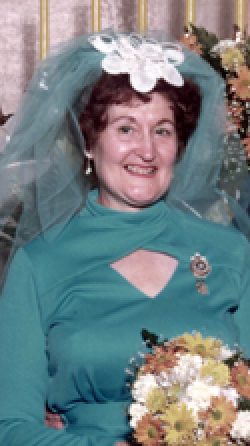 Graveside services will be held at 1:00 p.m., Wednesday, January 8, 2013 at Gilliland Cemetery

Marjorie Verle Cooper, 93, of Sweet Home, Oregon passed away Friday, January 3, 2014. She was born May 2, 1920 in Klamath Falls to Elmer Charles and Olive (Bringle) Martin.

She moved around in her younger years making her way up to the valley. She married William Marshall Bringle right out of high school. He died in a boating accident.

Marjorie worked as a beautician and at the cannery in Medford. She married Albert Cooper in the early 1970’s. She made her home here in Sweet Home ever since.

She liked to sew and go camping.

She was preceded in death by: her first husband, William Marshall Bringle; sisters, Maxine Acres and Nathley Martin; and brother, Raymond Martin.