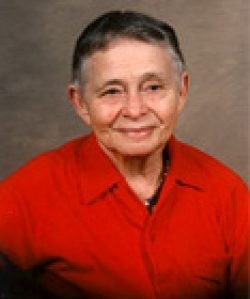 At her request, no services are planned. Sweet Home Funeral Chapel is handling arrangements.

Madeline married Garland B. Sturdevant June 15, 1930 in Rosenburg, Texas. She was a homemaker and loved to travel. Garland was in construction, so they were able to live all over the Continental United States. They originally moved to Sweet Home in the Spring of 1965, because of the construction of the Green Peter Dam. Garland passed away August 11, 1984 in Silver City, New Mexico.

Madeline loved her children and grandchildren. She wrote poetry and had an interest in ancient history. She really enjoyed following the space program news. She also did reflexology.

She was preceded in death by her husband, Garland B. Sturdevant; grandson, Robert Gregory, in 1979; sisters, Levada Thornton, Edna Kendall,and Mable Thornton.

At her request, no services are planned. Sweet Home Funeral Chapel is handling arrangements.