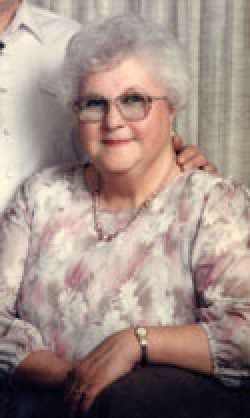 Mable A. (Toweill) Howard, 88, lost her fight with Alzheimer’s at her home in rural Sweet Home and went to meet her Lord. She was born to Wm. Oliver and Waunita Estelle (Brewer) Toweill at Arkansas City, Kansas.

She was a true child of the Great Depression. Her schooling was in Woodward, OK., Hennessey, OK., rural Vici, OK., Montgomery, OR., Independence, OR., Peedee, OR., Junction City, OR., Creswell, OR., and graduated from Sweet Home Union High School in 1942. She went by the name, Mable Care, in school, after her mother was remarried to Boyd Care. Her family came to Oregon in 1937.

Mable was employed as a waitress at White’s Cafe in 1942 and she was a linotype operator at The New Era in 1943. She also worked in a bakery in Salem, during the rest of WWII. In 1965 she became bookkeeper at Bird Chevrolet in Lebanon.

Waiting five years for him to come home from the army, she married Denton W. Howard at the Nazarene Church, June 16, 1946, which is now the Linn County Museum. To this union were born six children, four of whom survived.