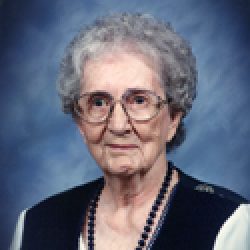 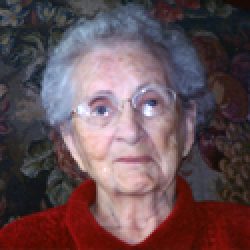 Luveta attended school in Spaulding, OK and was the Valedictorian of her graduating class. She married Jack B. Smith in Cimmaron, Kansas in 1938. They made their home together in Highfill, Arkansas. After a business failure, Jack obtained work in the oil fields, and they lived and worked in various cities in Texas. During World War II, Jack was drafted into the army. Luveta went to live in California near her family. She obtained work with Standard Oil Company. Following the war, she and Jack both worked for Knott’s Berry Farm in Buena Park, California.

In 1949, they moved to Sweet Home, Oregon to live near Luveta’s parents and sister. Luveta started working for Dr. Langmack in 1950 and worked several years in his office. In 1967, Luveta and Jack moved to Portland, Oregon to help their daughter. During the years they lived in Portland Luveta was employed by Emmanuel Hospital as a Medical Insurance Clerk.

They joined First Baptist Church in 1949 and enjoyed many years of membership there, making life-long friendships. They also enjoyed years of wonderful fellowship at Elm Street Baptist Church, and Luveta attended Sweet Home Mennonite Church for many years.

Luveta was a born leader and a wonderful teacher. She got her start teaching Sunday School at First Baptist and continued doing it through much of her life. She also led other groups, such as Women’s Missionary Union, Youth Group, Bible Studies, Vacation Bible Schools, and, much later in life, became an Awana Leader. She loved children and was her happiest surrounded by them. She hosted slumber parties for her Awana girls in her 70s. She was also a delightful hostess and enjoyed sharing her home. She always managed to fit everyone in who needed a place to stay. You could never show up at her door and feel unwanted.

She lost Jack in 1987 and it was then that she obtained her first driver’s license at age 68. Soon, she was traveling to Eagle Creek, OR and to Olympia, WA to spend time with her family.

Luveta loved her family passionately and nurtured them all with unconditional love throughout her lifetime. She was cherished by all who knew her.

Her faith in God and her willingness to serve and lead impacted many lives through the years. She was a woman of Godly wisdom.