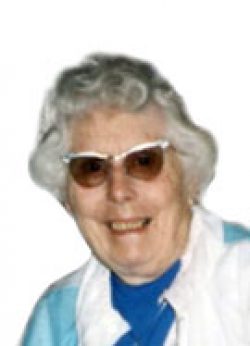 Lola Fern Morss, 95, of Sweet Home passed away Monday at her home. She was born in Havre, Montana to LeRoy and Constance (May) Barzee. Lola was the youngest of three children. The family moved to Portland, Oregon in the 1920s, and later purchased a farm in Corvallis, Oregon near Camp Adair. Lola attended Soap Creek Grade School and graduated from Corvallis High School.

She married her childhood sweetheart, Richard DeLoise Morss, on December 1, 1934 in Corvallis, Oregon. The couple later moved to Albany, Oregon where Lola worked as a waitress and R.D. Morss drove his truck and delivered newspapers, hauled hay for neighbors, and delivered groceries for local markets. Later, her husband purchased a log truck and they moved up and down the valley working at hauling logs and pilings for bridges and ship building in Van Port, Washington during the war.

R.D. and Lola traveled north to Alaska and south through the Redwoods of California when they owned their logging and sawmill business and worked together until R.D. became ill and had to retire. Lola then worked for the United States Forest Service until she retired in 1984.

Lola volunteered at the Senior Center and the Sweet Home Gleaners and helped out in her daughter’s clothing stores, “Juvernes” and “The Gibson Girl.” Lola was involved with the Sweet Home Elkettes for many years. Her hobbies included square dancing, Bingo, crocheting, and sewing and she enjoyed watching the Laurence Welk Show.