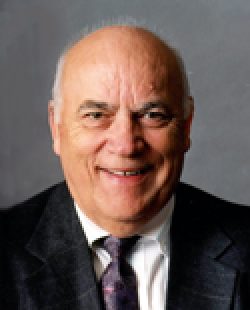 Donations can be made in Lloyd’s name to Alzheimer’s and Brain Research Center at www.alz.org.

Lloyd William White, 83, of Sweet Home, Oregon died Thursday, August 1, 2013. He was born in Walsh, Colorado to Harry and Ruth (Land) White. As a young boy, Lloyd moved from Colorado to Garibaldi, Oregon, then settled in the Lebanon area. He graduated from Lebanon High School. After graduation, he enlisted in the Navy and served on a supply ship until 1953.

Lloyd married Margaret Baxter on April 2, 1955. Together, they moved to Sweet Home.

Lloyd worked at Santiam Supply as an auto parts salesman, and then started his career with State Farm Insurance as an agent in 1967. He retired from State Farm in 1999.

He was an exalted ruler in the Elks Organization in the 1960s and, at that time, was the youngest one in the state of Oregon. He was also involved in Kiwanis and Special Olympics.

Lloyd loved his family and loved to travel. He liked to be outdoors, hunting, camping, and boating.

He was preceded in death by: his wife, Margaret; his parents; and two sisters.

Donations can be made in Lloyd’s name to Alzheimer’s and Brain Research Center at www.alz.org.